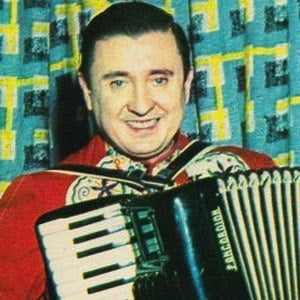 Polka musician who released more than two hundred records and sold more than thirty million albums over the course of his life.

He served in the armed forces, fighting in the Battle of the Bulge, and almost losing his hands and feet to frostbite.

He was the recipient of the first Grammy Award for the Best Polka Recording in 1986.

He was born in Davis, West Virginia but grew up in South Euclid, Ohio.

Yankovic and Esteban Jordan are both celebrated accordion players.

Frankie Yankovic Is A Member Of