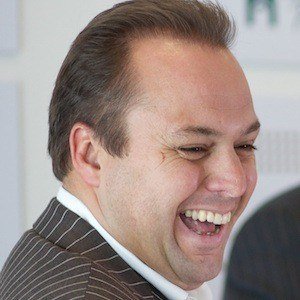 Dutch pop singer who first rocketed to fame throughout the Netherlands starring in the 1991 television series All You Need Is Love. He and his wife Mariska later went on to star in their own reality series De Bauers in 2003.

From an early age he had a love of singing and, in 1987, he was able to pursue it professionally when he recorded his debut single "Ben je jong."

In 2014, Wim Hendrikse authored the book Heb je eten voor mij? for which Bauer starred as a the main character.

He and Mariska Bauer married in 2008. They have four children: Jan, Christiaan, Lucas, and Frans, Jr.

In 2004, he performed his song "Vlieg Naar Het Paradijs" in the Joan Collins film Ellis in Glamourland.

Frans Bauer Is A Member Of