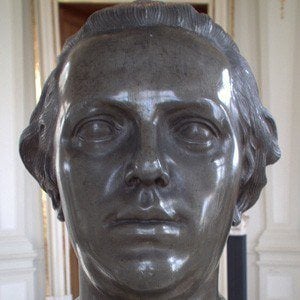 German-Austrian sculptor who created "character heads", a series of busts with contorted faces, including the piece A Hypocrite and Slanderer.

He spent two years in Graz, working in the workshop of his maternal uncle.

He said the purpose of his "character heads" was to represent 64 "canonical grimaces" of the human face.

He was raised by his uncle, the sculptor Johann Baptist Straub.

He and Graeme Lloyd both suffered from Crohn's disease.

Franz Xaver Messerschmidt Is A Member Of