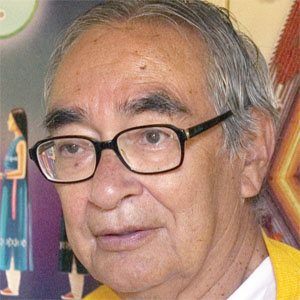 Nuclear physicist who was a part of the physics staff at Los Alamos National Laboratory and worked on the use of the laser, electron, and ion beams to heat thermonuclear plasmas for alternative energy sources.

He was trained as a farmer at the Bureau of Indian Affairs but never graduated high school and later served in the US military in the Korean War.

He was featured in the NOVA documentary The Long Walk of Fred Young in 1979.

He came from a Navajo/Ute family in Towaoc, Colorado on the Ute Mountain Indian Reservation.

Like him, Ernest Moniz is a well known American nuclear physicist.

Fred Begay Is A Member Of