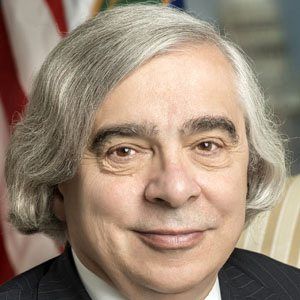 An American nuclear physicist who became the 13th United States Secretary of Energy by President Barack Obama in May 2013. He is one of the founders of The Cyprus Institute and he was the Associate Director for Science in the Office of Science and Technology Policy in the Clinton administration.

He received his Ph.D in theoretical physics from Stanford University in 1972, after getting his bachelor's degree from Boston College.

He was unanimously voted in as Secretary of Energy by the Senate.

His parents were both immigrants from Portugal.

He succeeded Steven Chu to become the 13th U.S. Secretary of Energy in 2013.

Ernest Moniz Is A Member Of