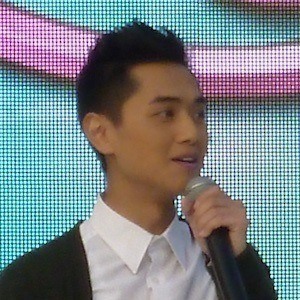 Cantopop singer and actor who won the singing competition The Voice of the Stars in 2013 and went on to release his debut single "Nobody" later that year. He has starred in on several popular Hong Kong series, including Forensic Heroes, Shine on You and The Charm Beneath.

He was a martial artist who began practicing Choy Li Fut at age 6. He graduated from Eric Hamber Secondary School in Vancouver, British Columbia, Canada.

He won the Hong Kong TVB8 Award for Best Newcomer in 2014.

He has an older sister and a younger brother. He has dated singer Stephanie Ho.

He performed "Angels" by Robbie Williams on The Voice of the Stars.

Fred Cheng Is A Member Of