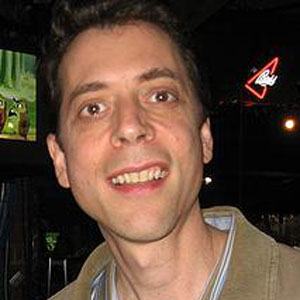 Stand-up comedian and character actor who has appeared on several television specials and sitcoms, and wrote a popular e-book. He had a recurring role as Gerard in the CBS sitcom Everybody Loves Raymond.

He came to prominence in the late 1980s with an appearance on Stand-Up America, followed by one on The Young Comedians Special.

He voiced Fred the Squirrel in The Penguins of Madagascar and is also the voice of Stanley in the Open Season franchise.

His e-book chronicled his experiences as a new staff writer for Jerry Seinfeld's show, Seinfeld.

Fred Stoller Is A Member Of