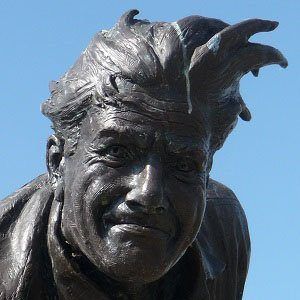 English cricket legend who is widely considered one of the greatest bowlers who ever lived. He was the first bowler to take 300 Test wickets and was awarded the Order of the British Empire for his contributions to the sport.

He was coached by former bowler and Sheffield United coach Cyril Turner as a teenager.

He was an avid smoker, being named by the Pipe Smoker of the Year by The British Pipesmokers' Council in 1974.

In a controversial move, he gave advice on bowling technique to Australian cricketer Dennis Lillee.

Fred Trueman Is A Member Of