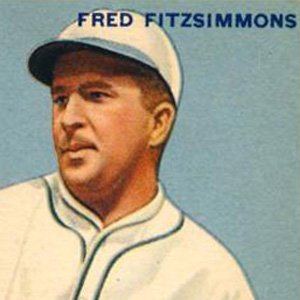 MLB pitcher who perfected the use of a knuckle curveball during his 19-year career.

He was given his break in baseball by legendary manager John McGraw of the New York Giants.

He earned the nickname 'Fat Freddie' even though he only weighed 200 pounds.

He had one daughter with his wife Helen.

He won 20 games for the New York Giants in 1928, the same year that Hall of Fame pitcher Carl Hubbell began his career.

Freddie Fitzsimmons Is A Member Of