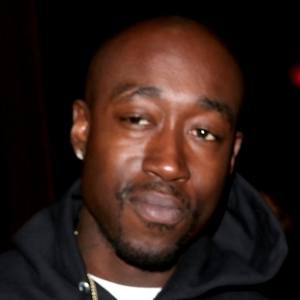 Versatile rapper who is best known for describing urban life in Gary, Indiana. His 2013 release ESGN peaked at #17 on the US Rap charts. His third studio album, You Only Live 2wice, was released in 2017.

He dropped out of college, and, unable to hold down a steady 9-to-5 job, took to hustling to survive.

He gathered a loyal fan base through his underground mixtape releases and his heartfelt rhymes about the struggles of street life.

He announced his engagement to Erica Dickerson in 2015. The couple has one child.

He considers 2Pac, as well as rappers like UGK and the Geto Boys, among his musical influences.

Freddie Gibbs Is A Member Of