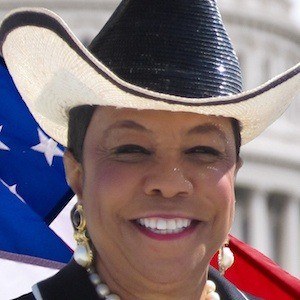 Known for her cowboy hats, she is a politician and Democrat who has represented Florida's 17th and 24th districts in the US House of Representatives. She considers herself a voice for those don't have one.

She earned her bachelor of science degree from Fisk University in 1963 and served as the Principal of Skyway Elementary School in Miami.

She gained national prominence in early 2012 as a result of her comments on the killing of Trayvon Martin, who was a constituent of hers and whose family she knew personally.

She has three children and is a widow.

She is an avid wearer of colorful hats and has asked House Speaker John Boehner to waive the rule prohibiting the wearing of hats on the floor of the House of Representatives.

Frederica Wilson Is A Member Of