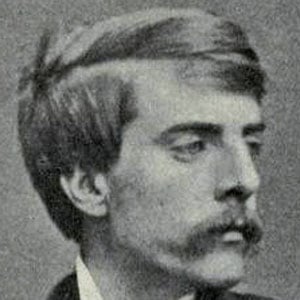 Though he is also remembered for providing illustrations for the work of author William Thackeray, this nineteenth-century British artist is perhaps most famous for watercolor works such as Philip in Church and Strange Faces and for oil paintings such as The Old Gate and The Harbour of Refuge.

After studying art at the British Museum, he enrolled at the Royal Academy and subsequently became an apprentice to the famous artist and wood engraver Josiah Wood Whympe.

His 1863 painting, Philip in Church, received an award at the 1867 Paris Exhibition.

Throughout his life, he lived in London with his mother, Ann Powell Walker; his sister, Fanny; and his brother, John. His father, William Henry Walker, worked as a jeweler, and his paternal grandfather, William Walker, was a well-known artist.

He was a contemporary of children's author and fellow illustrator Beatrix Potter.

Frederick Walker Is A Member Of