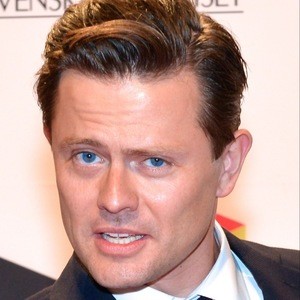 Author, journalist, television show host and show runner who is known for being one half of the series Filip and Fredrik. He is also known for his gameshow and competition series' including Shall we Finish?, Hissen, and La Bamba.

He studied journalism at Mid University and moved to Stockholm to begin working as a journalist. After working for Aftonbladet, he met his long-term partner Filip whom he developed a TV4 show with. They later went on to found the production company Nexico Media.

He married former editor-in-chief of the magazine Ruby, Johanna Swanberg in January of 2005.

He is known for frequently running television show programs with his longtime partner Filip Hammar.

Fredrik Wikingsson Is A Member Of