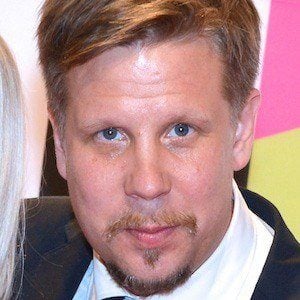 Swedish television personality who first rose to fame as the host of the comedy shows 100 höjdare, Ett herrans liv, and Breaking News med Filip och Fredrik. He is also the screenwriter behind the television series Myggan.

He got his start in television in 2002 appearing on the hidden camera prank show Ursäkta röran, vi bygger om.

He worked as both co-host and writer for the comedy talk show Boston Tea Party.

He married Jennie Carlzon in 2008 and the pair later gave birth to a daughter, Ilse.

Like Ulrika Jonsson, he is a popular Swedish television personality.

Filip Hammar Is A Member Of