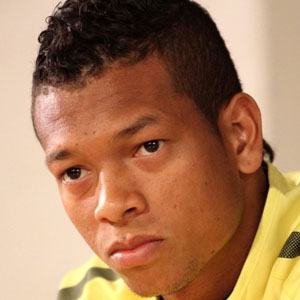 Midfielder and winger who played for Inter Milan from 2012 to 2016. In September 2019, he was traded to Brazil's CR Vasco da Gama. He began representing Colombia internationally in 2006.

He entered the youth system of Envigado in 2002, and was promoted to their senior team two years later.

He made a name for himself at Porto, winning three Premiera Liga titles, and the UEFA Europa League in 2010-11.

He was born in Puerto Boyaca, Colombia.

He joined Javier Zanetti on Inter Milan in 2012.

Fredy Guarín Is A Member Of