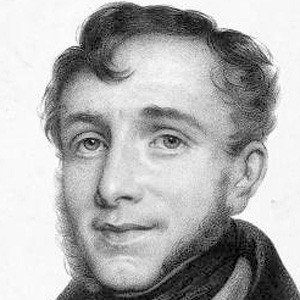 Came before Chopin, Thalberg, and Liszt. He was considered one of the greatest pianists in Europe at the time. He was also the subject of much gossip.

He developed a unique method of piano playing, running what was called "a factory for aspiring virtuosos" and training numerous future students in Paris.

He composed more than 200 piano works, concertos, and operas.

His father was Christian Kalkbrenner, a German bandmaster, violinist, organ/keyboard player, and composer.

He taught one of Britain's most acclaimed pianists during the latter half of the 19th century: Arabella Goddard.

Friedrich Kalkbrenner Is A Member Of