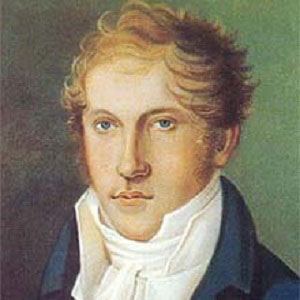 Over the course of his career, this early 19th-century German composer, conductor, and musician wrote close to three hundred works for symphony, chamber ensemble, violin, clarinet, and voice.

He began studying the violin at a young age, and he had composed his first musical works by the time he was ten years old. At age fifteen, he became a court musician for Duke Karl Wilhelm Ferdinand of Brunswick.

His vocal works, exceptionally popular during his lifetime, include the operas Jessonda and Zemire und Azor and the oratorio Die letzten Dinge.

The child of Juliane Henke and Karl Spohr, he was born in Braunschweig and raised in Seesen, Germany. His marriage to fellow musician Dorette Scheidler lasted until her death in 1834 and produced several children; his second marriage, to Marianne Pfeiffer, began in 1836.

He is referenced in a William Gilbert (W.S. Gilbert) lyric in the popular Gilbert and Sullivan operetta The Mikado.

Louis Spohr Is A Member Of