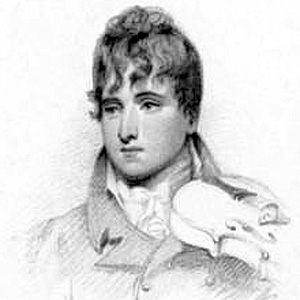 Innovative and prolific musician during his short lifetime. He was compared to Muzio Clementi and Jan Ladislav Dussek.

He attracted the interest of German musician Johann Salomon, who had cultivated Haydn's fame in London and believed that the child prodigy could have been "a second Mozart" if he had not died so young.

His health was never strong and began to sharply decline in 1805, when he may have contracted tuberculosis in Edinburgh.

He was born into a musical family: his step-grandmother was English singer Charlotte Brent; his mother's father was a recognized London violinist.

He was good friends with fellow composer and classmate John Field, both of whom drew inspiration from Johann Sebastian Bach.

George Pinto Is A Member Of