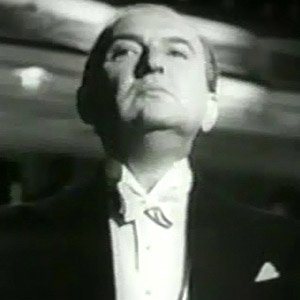 Hungarian orchestra conductor famous for serving as the music director at the Chicago Symphony Orchestra. He appeared onscreen conducting the New York Philharmonic in the 1947 film Carnegie Hall.

He studied piano, piano pedagogy, and composition at the Franz Liszt Academy.

He recorded a version of Brahm's Fourth Symphony with the Royal Philharmonic Orchestra in 1962.

He married three times and also had three daughters.

Bela Bartok was one of his instructors at the Liszt Academy.

Fritz Reiner Is A Member Of