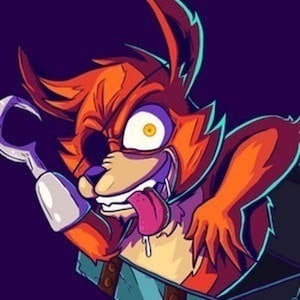 Walkthrough and Let's Play YouTuber with an emphasis on the series Five Nights at Freddy's who has more than 3.5 million subscribers.

He created his YouTube channel under the name thezeldafan911 in July of 2011, uploading his first video at that time as well. The video was titled "Black Ops-Shangri La Shoot Threw Walls Glitch."

He partnered with both Polaris and Twitch.

His first name is Brenden. He was residing in Florida during his YouTube career. He has a brother who's known on YouTube as Rexter.

He created a series in September of 2015 called "PewDiePie: Legend of the Brofist."

FusionZGamer Is A Member Of