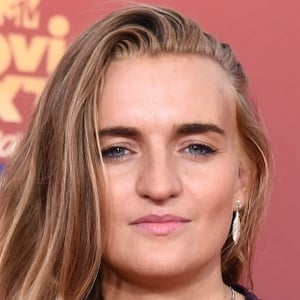 Australian Independent Record Labels Association Award winner for Breakthrough Independent Artist of the Year who released a debut studio album called About Us in August of 2019. They are a singer, songwriter, producer, and multi-instrumentalist. She has released over 15 singles since 2018.

They spent most of 2017 in their bedroom writing and recording music. They were part of various Melbourne music acts as a drummer and backing vocalist.

Pitchfork named their debut single "About You" a "Best New Track." It premiered on the Australian government-funded radio station Triple J.

Their name is Georgia Flipo and they were born in Melbourne, Victoria. Their sister, Sammy, has been their personal assistant. In 2022, they began dating Chrishell Stause.

They and Sally Seltmann were both ARIA Music Award Breakthrough Artist nominees.

G Flip Is A Member Of