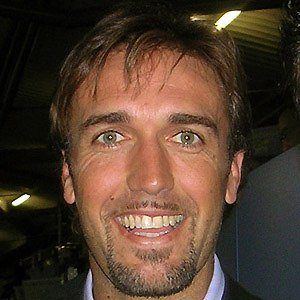 Striker who served as captain of A.C. Roma and played on the Argentinian national team from 1991 to 2002.

He played basketball while growing up, but switched to soccer after Argentina won the 1978 World Cup.

He was the Serie A Top Scorer in 1995 while playing with Fiorentina.

He married Irina Fernandez on December 28, 1990 and they had four sons together.

He played alongside the great Diego Maradona on the Argentinian national team from 1991 to 1994.

Gabriel Batistuta Is A Member Of