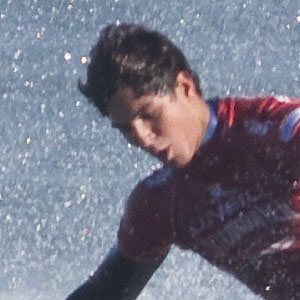 Surfing since the age of 9, he won his first national title 2 years later and became the youngest surfer to win the World Junior Tour at 15.

He is credited as only the second person ever to complete a backflip on a surfboard, though none have ever been completed in competition.

He was born in São Sebastião, São Paulo, Brazil to Simone Medina. His siblings are Sophia Rodrigues and Felipe Medina.

He beat out Kelly Slater, arguably the greatest surfer of all time, to win the 2014 ASP World Tour Championship.

Gabriel Medina Is A Member Of