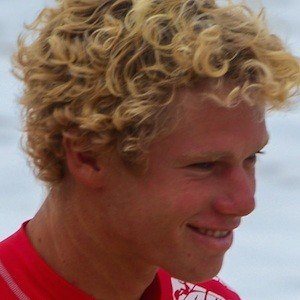 Surfer who, in 2006, became the youngest person to compete in the Vans Triple Crown of Surfing.

He claimed to have surfed for the first time at six months old on his father's board, and he began riding on his own at age three.

On December 2, 2011, he became the youngest person to ever win the Vans World Cup of Surfing.

He grew up in Honolulu with his mother, Alexandria Florence, and his two brothers.

When he first started competing, he earned high praise from Kelly Slater.

John John Florence Is A Member Of