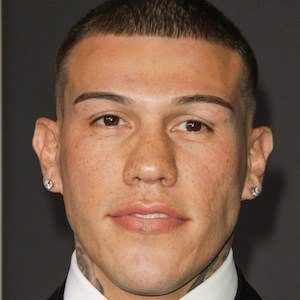 Professional boxer and two time world middleweight challenger. One of his most renowned fights was a knockout against competitor Brian Vera in August of 2014.

He began his professional boxing career as a light middleweight, squaring off against competitors like Alfredo Angulo.

A native of Philadelphia, he is a member of the city's Puerto Rican community. He has two daughters.

He appeared in the 2015 film Creed alongside Michael B. Jordan and Golden Globe winner Sylvester Stallone.

Gabriel Rosado Is A Member Of