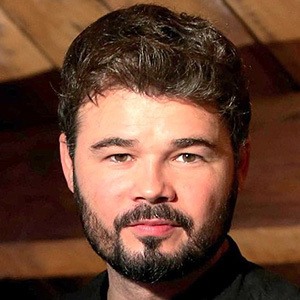 Politician and activist who was elected Deputy Spokesperson of the Republican Esquerra Group in Congress in 2016.

He belongs to the Sumate platform, which fights for Catalonia's independence.

He has actively spoken out against Mariano Rajoy for his control of Catalonia.

Gabriel Rufián Is A Member Of