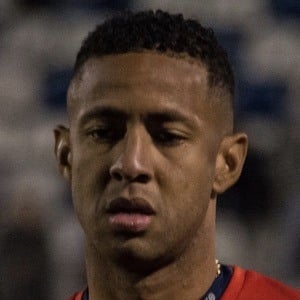 Forward who joined the Colorado Rapids in 2013 after spending two years with Zamora. He debuted with the Panamanian national team in 2005.

He began his professional career with Chepo in 2003.

He scored his first international goal on September 6, 2006 in a friendly against Guatemala.

He was born in Panama City, Panama.

He and striker Luis Tejada became teammates on the Panamanian national team.

Gabriel Torres Is A Member Of