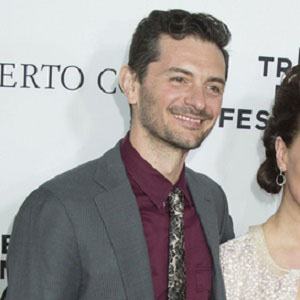 Chef most well known as the creator and host of Extra Virgin, a cooking show on the Cooking Channel and the Food Network. He also owns The Tuscan Gun, a restaurant in Brooklyn, New York.

He studied medicine, entered the Italian army, and religiously studied drumming and music before finding his career as a chef.

He published his cookbook Extra Virgin: Recipes & Love from Our Tuscan Kitchen in May 2014 and it rapidly became a New York Times bestseller.

He met his wife in Florence, Italy and eventually they moved to California together. Together they have two daughters named Evelina and Guilia.

He has been featured on the talk shows of Wendy Williams , , and .

Gabriele Corcos Is A Member Of