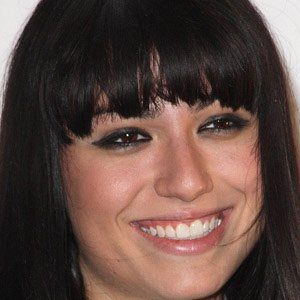 Australian singer-songwriter who was discovered and offered four different major U.S. record deals at the age of thirteen.

She developed an interest in music at a very early age; however, because of her undisciplined nature, she was told that she would never make it in the music industry.

She was first discovered by Warner Bros executive Michael Parisi when she sang a cover of the Rolling Stones' "Jumpin' Jack Flash" at a Melbourne community festival, the Lygon Street Festa.

She grew up in Australia with her parents, Paula and Joe Cilmi, until they moved to London when she was fifteen. She has a brother named Joseph.

She helped support Leona Lewis during the U.K. leg of The Labyrinth Tour in 2010.

Gabriella Cilmi Is A Member Of