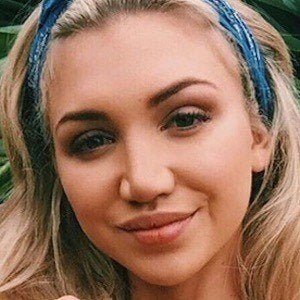 Australian Instagram sensation whose bikini shots have earned her more than 2.9 million followers. She has also served as an ambassador for Women's Best fitness products and worked with brands like Young & Reckless.

She began modeling part-time at age 15 and started working full-time shortly after graduating from high school.

She was a swimmer who competed at the state and national level before a shoulder injury forced her to stop.

She's had a boyfriend named James Roberts who's appeared on her Instagram account. She previously dated Conner Malan.

She's been a close friend of Madison Louch.

Gabrielle Epstein Is A Member Of