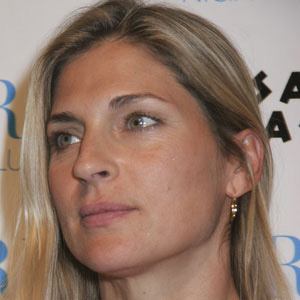 Volleyball was the her focus along with modeling before she got into some acting roles.

Because she had young children at the time, she was unable to pursue professional golf.

She married professional surfer in 1997.

She was Tyra Banks' guest on the reality show America's Next Top Model.

Gabrielle Reece Is A Member Of