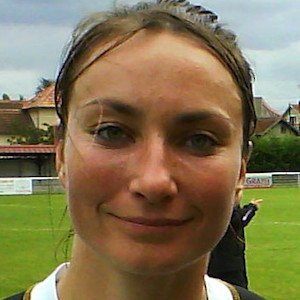 Midfielder and striker for FCF Juvisy who scored 97 goals in her first 150 matches with the team. She is a two-time recipient of the Division 1 Féminine player of the year award and is a member of the France women's national football team.

Her full name is Gaëtane Iza Laure Thiney and she was born in Troyes, France.

She is joined by Eugénie Le Sommer as a member of the France women's national football team.

Gaetane Thiney Is A Member Of