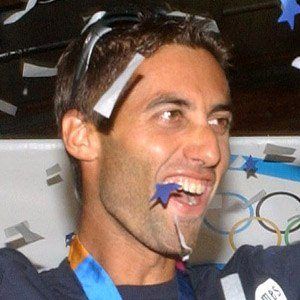 Windsurfer who won Olympic gold in 2004 in the mistral and Olympic bronze in 1996 in the same event; member of the International Jewish Sports Hall of Fame.

His father taught him to sail when he was 7 years old.

He won gold in the mistral at the 2002 Windsurfing World Championships.

He had a daughter in 2009 with Michal Peleg.

Nikolaos Kaklamanakis of Greece finished second to Fridman in the 2004 Olympic mistral.

Gal Fridman Is A Member Of