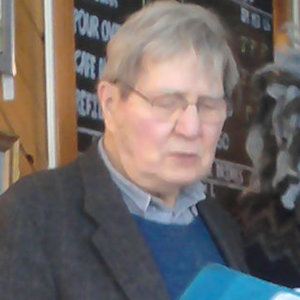 American poet, Vermont Poet Laureate (1989-1993), and 1983 recipient of both the National Book Award and the Pulitzer Prize for Poetry. His best-known works include Selected Poems, The Book of Nightmares, and Imperfect Thirst.

He studied at Princeton University and the University of Rochester before traveling to France on a Fulbright Fellowship.

He worked during the 1960s for the Congress of Racial Equality in Louisiana and was arrested for his pro-Civil Rights activities.

He spent a quiet youth in Providence, Rhode Island and often passed his days reading the work of Emily Dickinson and Edgar Allan Poe.

He was greatly influenced by the literary work and lifestyle of poet Walt Whitman.

Galway Kinnell Is A Member Of