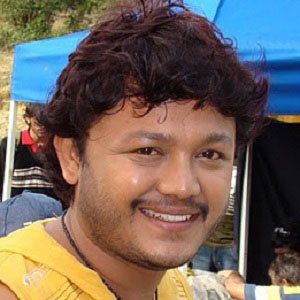 Indian actor most famous for his portrayal of Preetam in the hit Kannada film Mungaru Male. He is also notable for his Filmfare Award-winning performances in the movies Gaalipata and Maleyali Jotheyali. Also a television personality, he attracted numerous fans as the host of the series Comedy Time.

He won a Udaya Film Award for his performance in the 2007 feature Cheluvina Chittara.

His marriage to Shilpa Ganesh began in 2008. He and his brother, Krishna Mahesh, were raised in Bangalore, Karnataka, India.

He and V. Ravichandran both appear in the 2005 Kannada movie Aham Premasmi.

Ganesh Is A Member Of