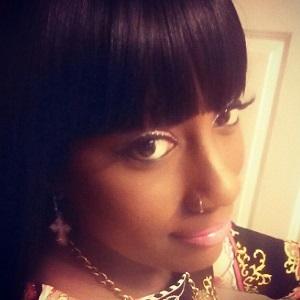 Southern rapper who made a name for herself as a member of the popular Memphis-based rap crew Three 6 Mafia. She left the group over money disputes in 2000. She later went on to release popular solo singles like "Where Dem Dollas At!?"

She was recruited to Three 6 Mafia in 1995, shortly before the release of the group's debut album Mystic Stylez.

Her birth name is Lola Mitchell. She has a pit bull named Chilly.

She has collaborated with DJ Paul as a member of Three 6 Mafia as well as its spin-off group, Da Mafia 6ix.

Gangsta Boo Is A Member Of