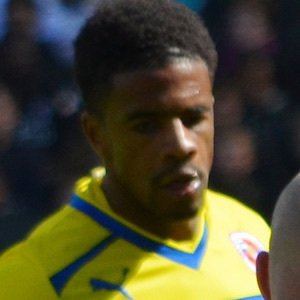 British-Jamaican soccer forward who made his Premier League debut with Reading F.C. in the 2012-2013 season, although the team was relegated after that season.

He played his youth soccer with Oxford City, then played with Slough Town, Bromley, and Nottingham Forest.

He represents Jamaica internationally and debut with the national team in 2013.

He grew up in Oxford, England.

He played with Danny Guthrie during Reading's 2012-2013 Premier League season.

Garath McCleary Is A Member Of