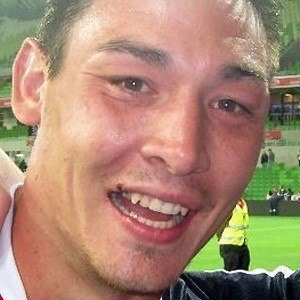 Welsh number eight who joined the NEC Green Rockets in 2013.

He attained a scholarship to Colston's Collegiate School.

He came upon a man assaulting a woman in 2010, and when the assailant came after him, he allegedly knocked him to the ground, disabling him.

He was born to Steve and Dolan Delve.

He and Eddie Aholelei both played for the Melbourne Rebels rugby team.

Gareth Delve Is A Member Of