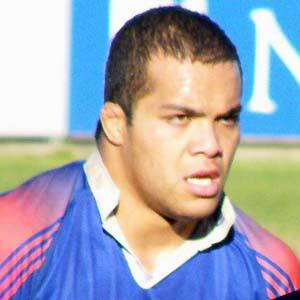 Professional rugby union prop who joined the Melbourne Rebels in 2012.

He was born in New Zealand, but moved to Australia as a teenager.

He became a member of the extended playing squad for the Rebels in 2012 and was promoted to a full squad member in 2013.

He fathered four children with his wife Leonie.

He played alongside Gareth Delve on the Melbourne Rebels from 2012 to 2013.

Eddie Aholelei Is A Member Of