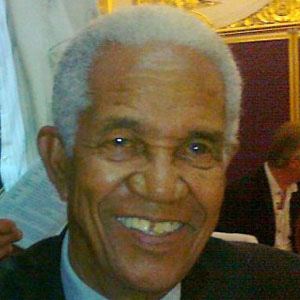 One of cricket's greatest all-rounders, he scored over 8,000 Test runs and took 235 wickets, bowling both spin and seam. He averaged more than 57 with the bat and was the Wisden Cricketer of the Year in 1964.

He made his first-class debut with the Barbados national team at the age of 16, and the following year played in his first Test match.

In 1968, he became the first player to hit six sixes in one over in first-class cricket. He captained West Indies in 39 Tests.

He was briefly engaged to Indian actress Anju Mahendru. He was married to Pru Kirby from 1969 to 1990. He has three children: Daniel, Genevieve and Matthew.

He was teammates with Clive Lloyd while playing for West Indies.

Garfield Sobers Is A Member Of