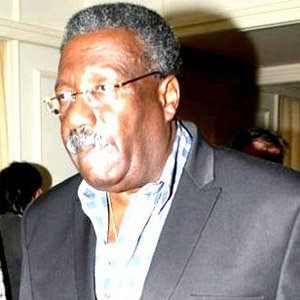 His eye was damaged when he tried to break up a fight when he was 12 years old.

He became widely recognized for his massive size, thick glasses and mustache.

His son Jason Clive Lloyd debuted as goalkeeper for the Guyana national team in 2006.

He played alongside talented batsman Viv Richards for the West Indies.

Clive Lloyd Is A Member Of