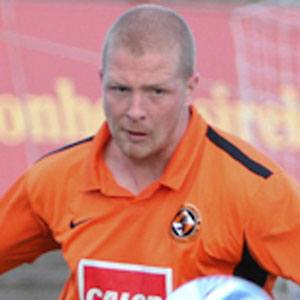 Scottish Premier League defender who joined the Bristol Rovers in 2012 and became part of the Scotland national team in 2010.

A keen Dundee United supporter from his youth, he came up through their youth system, the Jim McLean School of Excellence.

He helped Dundee reach the 2010 Scottish Cup and started in their 3-0 victory to claim it.

He grew up in Dundee, which made his joining The Terrors a natural fit.

He played for Scotland under the management of Walter Smith, another former Dundee United Terror.

Garry Kenneth Is A Member Of