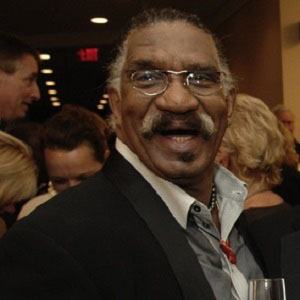 Famous for founding Rochester, New York's Garth Fagan Dance company, this Jamaican-born choreographer is known for his highly personal work in the Afro-Caribbean dance; modern dance; social dance; and ballet genres. He received a 1998 Tony Award for his choreography for The Lion King.

After performing during his early years with the Jamaica National Dance Company, he earned a psychology degree from Wayne State University in Michigan, U.S.A. He founded Garth Fagan Dance in the early 1970s, originally naming the company Bottom of the Bucket BUT ... Dance Theatre.

He taught for many years at the State University of New York, Brockport.

A native of Kingston, Jamaica, he grew up as the son of S.W. Fagan and Louise Walker. In the late 1970s, he choreographed a work that told, through dance, the story of the decline and ultimate end of his marriage.

Named one of the Dance Heritage Coalition's "American Irreplaceable Dance Treasures," Fagan choreographed work for such renowned companies as the Alvin Ailey American Dance Theatre and the Dance Theatre of Harlem.

Garth Fagan Is A Member Of