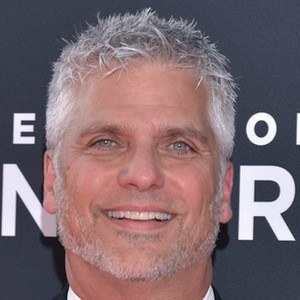 A filmmaker and New York Times bestselling author, he is best known for The Art of Racing in the Rain, a novel about a dog that dreams of being reincarnated as a human. His other works include Raven Stole The Moon (2010) and a 2005 play entitled Brother Jones.

He studied at Columbia University, graduating with an M.F.A. in Film in 1990. The following year, he co-produced The Lunch Date, a short film that won an Academy Award.

He produced a 1993 documentary film (Your Head's Not A Head, It's A Nut) that focused on his sister's treatment for epilepsy.

He was born in Los Angeles and raised primarily in Seattle. He came from a family of Alaskan and Austrian-Jewish descent.

His documentary feature, The Last Party, about the 1992 presidential campaign, was co-written by Robert Downey, Jr.

Garth Stein Is A Member Of