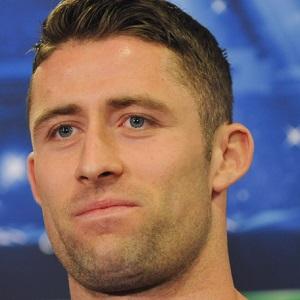 Central defender who joined Chelsea in 2012 after spending three seasons with the Bolton Wanderers; became a member of the English national team in 2010.

He began playing in the youth system of Derbyshire, then transferred to Aston Villa, where he played from 2000 to 2004.

He became known for his powerful headers on both attack and defense, as well as his solid tackling and ability to score from defense.

He married Gemma Acton in June 2013. The couple have two children.

He joined captain Frank Lampard on Chelsea in 2012.

Gary Cahill Is A Member Of