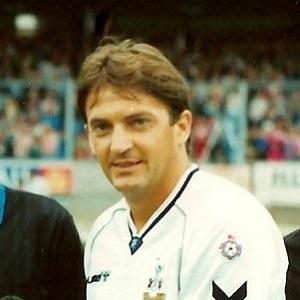 Retired soccer player who won sixteen caps as a member of the English national team. He famously played for the Premiere League club Tottenham Hotspur for sixteen seasons.

He began his professional career with Bristol Rovers FC in 1979

He was the captain of Tottenham Hotspur for eleven straight seasons, from 1987 through 1998.

He and Robbie Keane have both been named Tottenham Hotspur Player of the Year.

Gary Mabbutt Is A Member Of