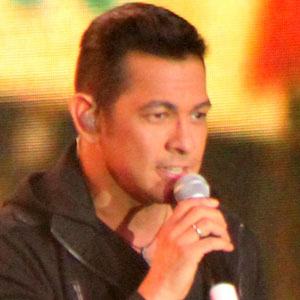 Filipino music legend with more than two dozen albums to his name, including the 6x Platinum 2001 album "Revive." In 2008, he accepted the ASAP Elite Platinum Circle Award for his outstanding contributions to the Filipino music scene.

He appeared in a commercial for the soda company Fress Gusto in 1978 at 14 years old.

In 1998, he became the first national ambassador for UNICEF Philippines.

He won an Awit Award for Best Performance by a Duet for his collaboration with singer Kyla titled "Sana Maulit Muli."

Gary Valenciano Is A Member Of