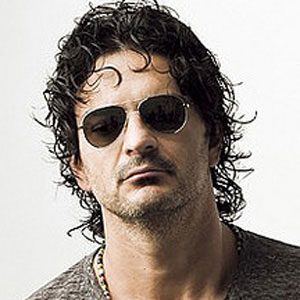 Guatemalan singer-songwriter who, with twenty million albums sold, is one of the most successful Latin American artists of all time.

He played basketball and was on the Guatemalan national team, touring Central America during the 1980s.

Four of his albums have reached the top of the Billboard Latin Album charts, including Galería Caribe.

He had two children, Adria and Ricardo, with Leslie Torres and a third child, Nicolas, with Venezuelan model Daisy Arvelo.

He sang with Marc Anthony on the salsa version of Historia de Taxi.

Ricardo Arjona Is A Member Of