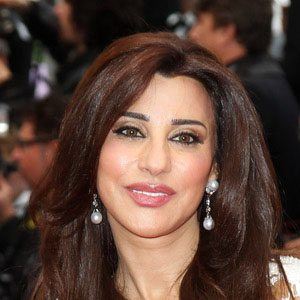 Lebanese artist who became one of the best selling Arabic music artists in the Middle East. She has also appeared as a judge on Arabs Got Talent.

She studied at the Lebanese Institute of Music in the 1980s. She released her first album, Ya Habayeb, in 1989.

She has released twenty studio albums since 1989 and has sold more than fifty million albums.

She's served as a judge on Arabs Got Talent alongside Nasser Al Qasabi.

Najwa Karam Is A Member Of