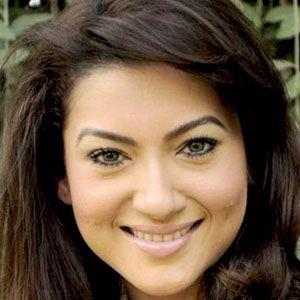 Indian model, actress, and VJ who has appeared in many Hindi films and has modeled for Manish Malhotra and Ritu Kumar.

She made her acting debut in the the 2003 drama film Miss India: The Mystery.

She won an Apsara Award for Best Actress in a Supporting Role.

She appeared on the Indian reality show Bigg Boss 7 with her boyfriend at the time Kushal Tandon.

She starred with her sister Nigaar in The Khan Sisters, the Indian version of Keeping up with the Kardashians, which starred Kim Kardashian.

Gauhar Khan Is A Member Of